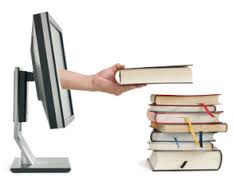 “College textbooks are a racket,” proclaims an instructor in a 2015 editorial in The Washington Post.

College students are going broke; that’s for sure. But as a traditional format for learning in higher education, are college textbooks also broken?

Yes, according to a 2014 report put out by Public Interest Research Groups, a consumer watchdog organization. Indeed, that is even the title of their report: “Fixing the Broken Textbook Market.”

What is the problem? Answers range from dominance of the same five big publishing companies to the impact of a captive audience of textbook consumers—the students who must buy texts chosen by their professors–to the more expensive production costs of an illustrated, up-to-date textbook.

But college textbooks may be broken for other reasons, and these reasons cast some light on future disruptions in textbook publishing and, maybe, in the structure of higher education itself—and the way that it collects and shares content knowledge.

Let’s start with the problem of pricing and access.

Even though textbook publishing is one of the most lucrative segments of the market, educational publishers are overdue for a disruption. In increasing numbers, students are not buying course texts, instead opting to borrow, rent, buy used, or even going without. Piracy, too, is on the rise.

For “publishers [of textbooks], the reasons to disrupt their own marketplace are growing,” writes publishing and management consultant Joseph Esposito in the July 8, 2016 issue of Scholarly Kitchen. Should publishers simply raise prices to make up for lost revenue? Esposito says no, as that only encourages more piracy, more borrowing, and rentals.

In “Textbooks in Academic Libraries: The Publisher’s Case,” Esposito and Rick Anderson, from the University of Utah, make the case for getting expensive textbooks into the campus library. Esposito and Anderson see this as a good business opportunity, but one with some potentially disruptive challenges to the publishing industry, as it has operated, so far.

Why should publishers work with librarians to get textbooks into academic libraries? Esposito assumes that publishers sell at a discount; he uses a 40% margin as the ballpark figure. Already, students save money out of pocket by having the book available at the library instead of buying it themselves.

So far, that’s a win-win for publishers and students. Publishers don’t lose any money and somebody buys the book; it’s just not the students.

However, Esposito does address the publisher’s need to lower variable costs in a market where there are fewer buyers. Selling to libraries means that publishers should move to digital and away from print format textbooks; this move towards digital drops the bottom-line for publishers.

When libraries buy textbooks for students who are not buying their textbooks, publishers gain.

This sounds like a win-win proposition for both publishers and students, but there is, of course, a catch.

There would be a need to spend more money on salespeople to get out and promote the book among instructors likely to adopt the textbook. Publishers would need to enhance their technical infrastructure to handle a larger array of digital offerings. There would need to be more marketing costs for presenting to libraries and participating in library associations.

But, as Esposito says, “[t]hen there is the thorny matter of where the money is going to come from.” He reminds us that this is not a trivial matter. If funding for this came out of library budgets, libraries would not be able to continue operating.

Even so, with a pencil-on-the-back-of-an-envelope calculation, Esposito argues that costs could be further lowered through “superior workflow and all-digital solutions.”

All good and well, so far. But the question remains: who will buy the textbooks up front?

“The academy,” Esposito says, “will have to fund this initiative itself.” If this were to actually happen, all students, rich and poor alike, would be put on equal footing. This is one of the best arguments to be made for making textbooks readily accessible and free (after a library or user fee is paid) for all students.

In response to Esposito’s punting of the money question back to universities, battle-weary budget veterans raise questions about state legislative priorities, student objections to more fees, and increased pressures to do more with less funding.

The crisis in access and pricing will only continue. Yet the more digitally-minded, technologically-savvy, reader may ask: what about Esposito’s proposal of an “all-digital solution” and the reduction of variable costs through more efficient workflow?

Digital solutions, after all, seem to be where the market is headed. Higher education publishers are increasingly “positioning themselves as ‘learning companies,’” says Ionna Opidee, of University Business.

“Highly recommended and often-adopted writing textbooks now come with bulky, buggy, outdated course materials filled with broken links on their digital ‘companion sites,’ or they are brand spanking new and look like app programs on a desktop computer, but are loaded with material that does not add value (such as a built-in dictionary in a separate portion of the site rather than as hyperlinked words within a text),” says Nelson.

Professor Nelson’s observations point to a problem with the proposition of digital companion sites as “value-added.” What is added does not, in at least some cases, substantially improve the value of the online material as a supplement to the text.

Alternately, science, technology, and mathematics textbooks provide online components that are intended to reinforce learning in ways that perhaps the humanities and writing-oriented textbooks do not.

At first glance, assessment and learning components, such as short quizzes, are helpful in reinforcing student learning, but even those short quizzes based on chapter materials can cause more confusion about materials than they reinforce.

“Occasionally, quizzes do not match updated content of the textbook itself; access codes may not be provided if a text is bought used; the access code may not work, or the company’s technical and customer services may not be up to the task of providing support,” says Sara Konkel, an adjunct professor in Mathematics at Gallaudet University.

As evaluations of student performance, online assessment tools, such as those provided by higher education publishers, are only as good as the assessment and the culture of evaluation itself, says the widely-respected international Centre for Educational Research in their report, “Assessment for Learning: Formative Assessment.”

Additionally, Konkel says, these educational publishers have more and more access to private student data and other data about how students and their professors use the online materials; this raises concerns about privacy and end use of this information. Increasingly, academics and analysts are raising questions about large publishers such as Pearsons, and their “digital ambitions” in educational research and collection of data.

In a push towards recasting themselves as “learning companies,” educational publishers are creating their own competition to the digital education platform, Blackboard. “My textbook assessment does not mesh well with my course’s grade center. I have to key in student scores individually from my textbook digital site back into Blackboard,” says Konkel.

“This, in addition to needing to spend a good portion of the first two to three weeks of any given semester just on solving technical access issues, means that I spend less time on educating and more time on technical support,” says Konkel.

It’s clear that college textbooks are “broken” in more ways than one, and the university textbook industry is heading towards an “inevitable” and “true disruption.”

The core challenge facing the industry may be the reliance upon a single text—and its online presence–as the container of all knowledge for a specific course. As textbooks become heavier and thicker and its online access denser and more complex, this role is consolidated.

But as Kathleen Fitzpatrick, the author of Planned Obsolescence: Publishing, Technology, and the Future of the Academy, points out, maybe we are approaching the problem backwards when we ask worried questions about the future of print and here, textbook publishing.

Instead, Fitzpatrick suggests, maybe the problem is the reliance upon the codex as the format for holding and disseminating knowledge. Instead of thinking and relying upon the codex—now complete with online digital components—we should instead be thinking about how to “create structures that foreground social interactions that we have with and through texts.” This means less sense of learning and reading as an individual act and a shift towards “communal discussion and debate.”

Whatever the future of textbook publishing looks like, it is certain to continue to generate more discussion and more news. Without question, traditional and expensive models of providing material to students are broken, in more ways than one.

The digital era completely remade the music industry; next in line is the college textbook industry. At stake is nothing less than higher education and learning itself.